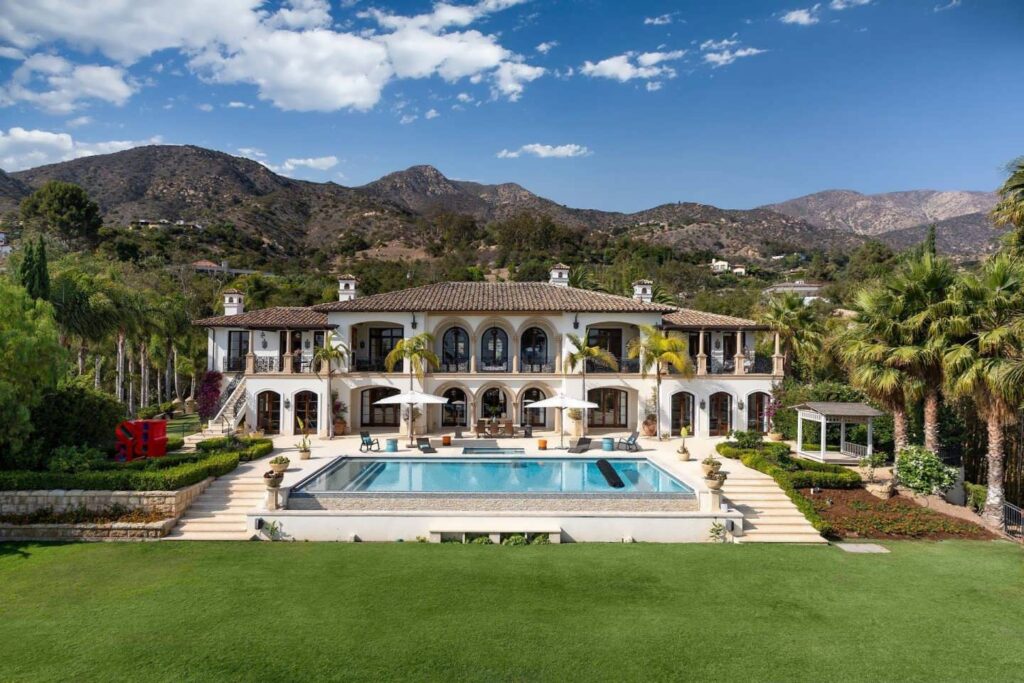 The Montecito mansion, where Prince Harry and Meghan Markle filmed much of their Netflix documentary Harry & Meghan, is on the market at $33.5 million.

Fit for royalty, the Mediterranean-style, six-bedroom home with 13,599 square feet includes ocean and mountain views, multiple terraces, and a regal great room chandelier and arched windows – where Meghan was extensively filmed for the show’s interviews. The home was built in 2006 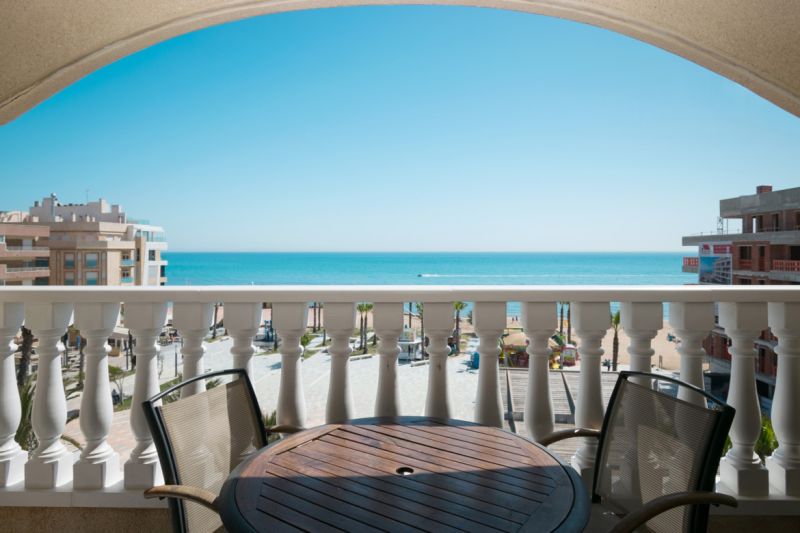 Buying a house in Spain…

If you’re thinking about relocating or buying a second home, Spain is a fantastic place to do it. Foreigners have been moving to Spain for decades, not only for its fantastic food and weather, along with a laid-back lifestyle, but housing is generally affordable – if you know where to look.

Though the rise in the Euribor has sent interest rates spiking, house prices in Spain are expected to flatten somewhat in 2023 and it could be a good year to find a bargain

The USD edged slightly higher against GBP overnight as The Fed Reserve’s meeting minutes seemed to point towards a continuation of their hawkish stance. The minutes indicated that the central bank should eventually slow the pace of aggressive rate hikes, however the Federal Reserve are still intent on having high interest rates until further evidence shows inflation dropping naturally.

The problem the Fed Reserve has is they are keen to bring inflation under control whilst also ensuring they avoid a major recession in 2023 which would lead to steep job losses. 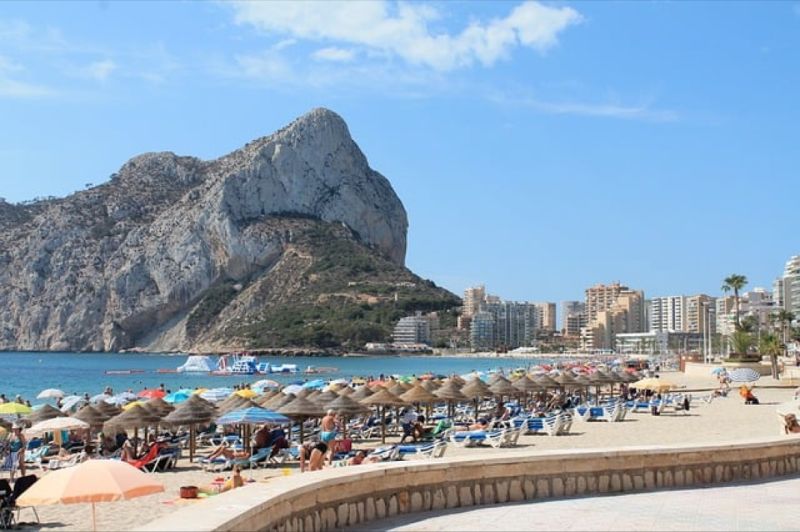 A staggering 40 percent of all the properties sold to foreigners in Spain in the first half of 2022 were just in the Costa Blanca and other parts of Alicante province, crowning it the residential tourism capital of Spain.

It may be common knowledge that foreigners love the Costa Blanca, but new data reveals just how popular it is with second-home owners from overseas. 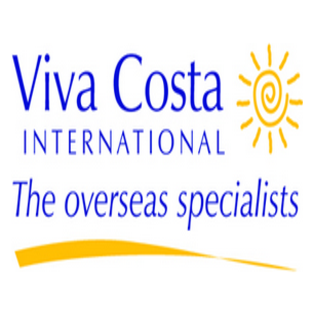 Viva Costa International is one of the leading and largest foreign mortgage brokers in the UK and have been arranging overseas mortgages for over 15 years.

We make the process of getting a mortgage a lot less stressful and as a leading overseas mortgage specialist we work directly with international banks based in the country in which you purchase. Whether you are buying a dream home in the sun for a holiday home or moving permanently you may be looking for a mortgage to help finance it 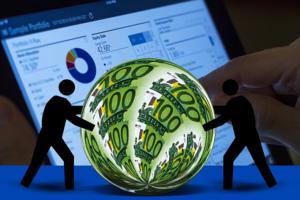 The USD surged by over 2% against both EUR & GBP after The Federal Reserve raised interest rates by a further 75 basis points last night, the fourth such rate hike in a row. Taking current interest rates in America to 4%.

Comments made by Fed Chair Jerome Powell afterwards however was the main contributor to USD strength, with Powell stating that the battle against inflation will require borrowing costs to continue to rise 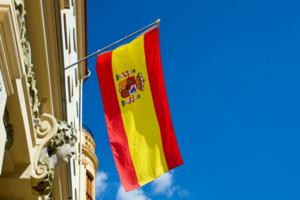 Scrap the 90 day rule for Brits

Spain wants to eliminate the 90-day limit for UK visitors, allowing them to stay in the country indefinitely, as they were previously allowed to before Brexit.

Currently, visitors from outside the European Union (EU), including the UK, can visit Schengen countries for 90 days in every 180-day period.

According to a report by Publituris, Spain will ask Brussels to lift this rule for British tourists, with Spain’s Secretary of Tourism, Fernando Valdés, stating that this restriction “goes against the interests of Spain”, adding that “it is a rule that, unfortunately, is not something that Spain has established by itself or can get rid of”. 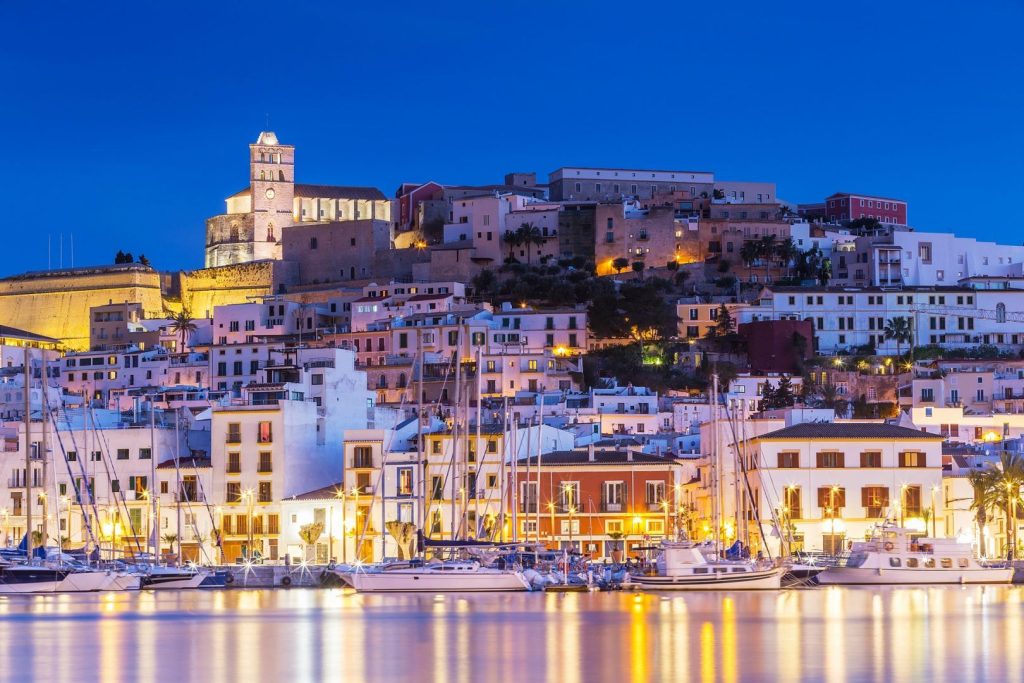 The Balearic Islands government is proposing limits on the number of properties that can be bought by non-resident foreigners on the popular islands of Mallorca, Menorca, Ibiza and Formentera.

In the regional parliament on Wednesday, Minister for Labour, Tourism and Industry Iago Negueruela pushed the motion, calling for a “deep debate” on how to limit the purchase of homes on the Balearic Islands to non-residents and people who have been living in the archipelago for less than five years. 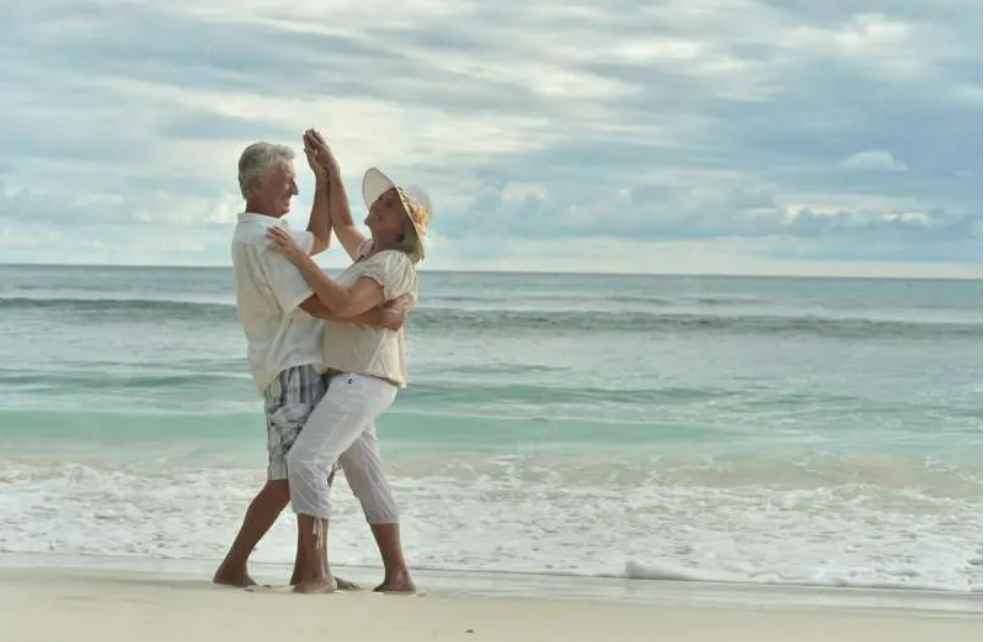 The department of Tourism have launched a new campaign called ‘Winter Is Coming’ to attract long-stay tourists to the Canaries sunshine this winter, from nine European markets: the UK, Germany, Spain, France, Italy, Belgium, Norway, the Netherlands, and Sweden.

It is aimed at the ‘silver plus’ sector, which is people over the age of 55, who are the ones who have the most free time and disposable income to enjoy longer holidays and escape the cold. 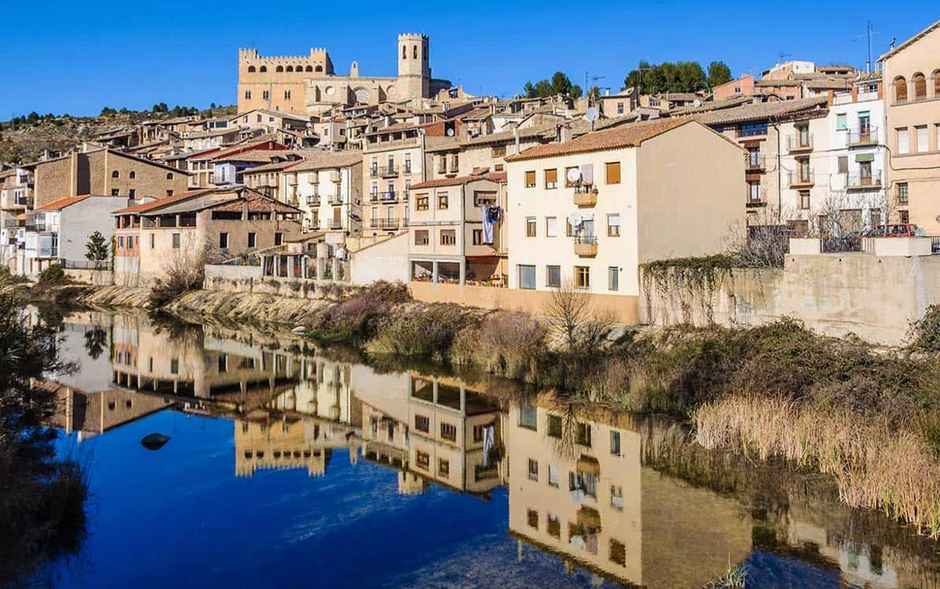 Get paid to move to Spain

Brits can get paid to move to Spain and then receive some extra cash by having a child there. Many small villages and towns are struggling with depopulation as young people relocate to cities. 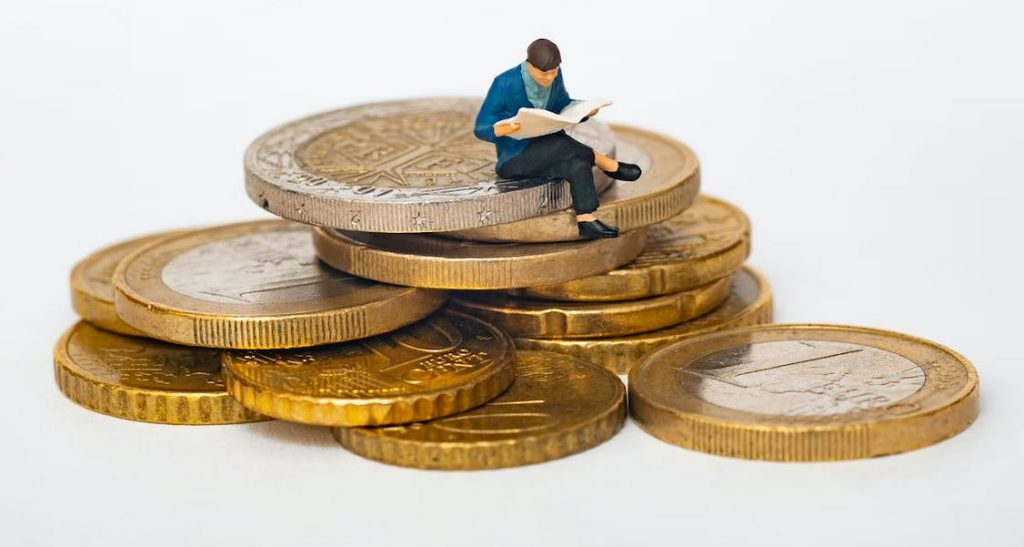 Achieve more for your monies

We help our clients achieve more by providing competitive rates on their international transfers, but more importantly we make it stress free, save them time and can make payment in over 130 currencies.

Currencies 4 You provide tailor made solutions for thousands of corporate and private clients every year. Our strategy is to protect our clients from volatile fluctuations in the currency markets. 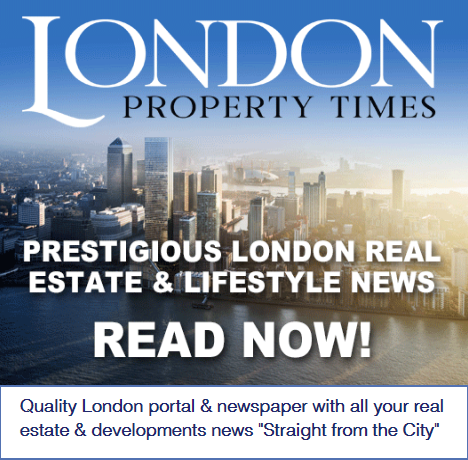 London Property Times is a new and exciting property news portal, providing informative up to date editorials and all the latest breaking news.

Designed to showcase exceptional real estate for sale or rent within London and its surrounding areas.

When buying a property in Spain you will need a Spanish bank account to pay for your general running costs and mortgage payments. If the account is no longer needed, you should make sure you close it if it’s not being used regularly

Not using a bank account you have in Spain can cost you dearly in the long run, with both the country’s tax agency and your bank having the right to take all or some of your money. 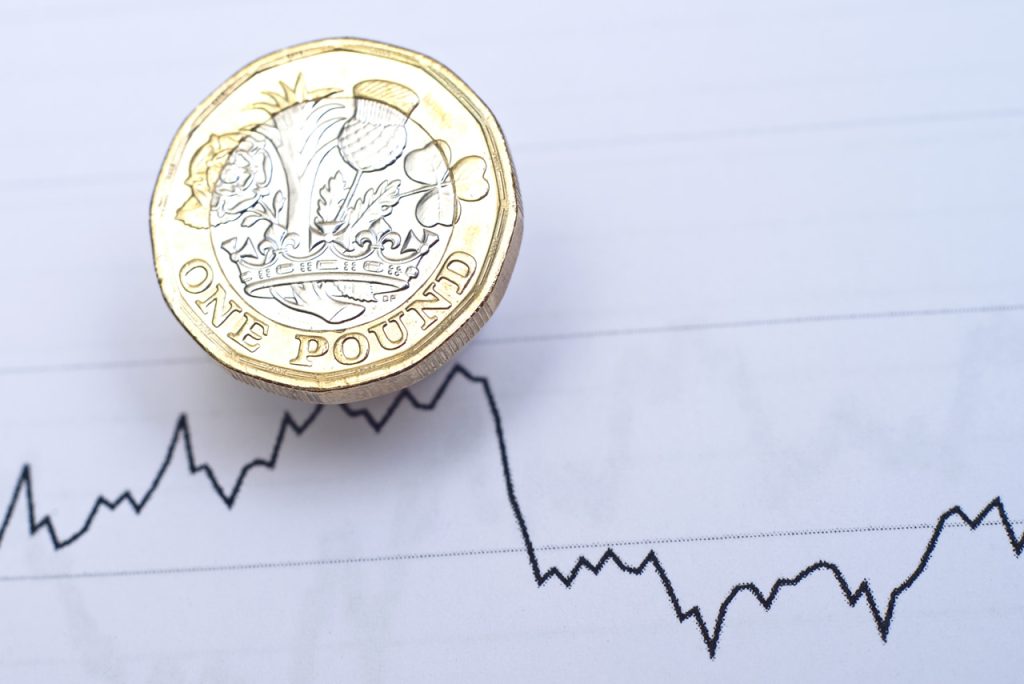 Pound against the dollar

The pound managed to make up some ground against the dollar this morning, recovering from the 37-year low it hit earlier in the week.

Despite the slight recovery since then, experts are still pointing to the fact that the pound may fall further as Liz Truss seeks to increase government borrowing to fund a new energy support package. This is believed to cost around £100bn. 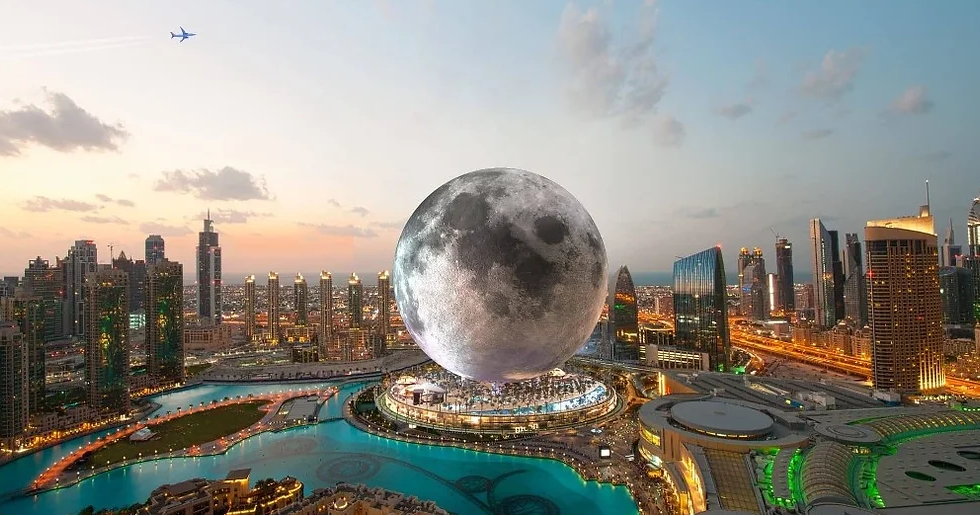 Plans to bring the moon to earth

Canadian architectural company Moon World Resorts has announced plans to construct a $5 billion resort that resembles Earth’s orbital cousin in the holiday destination Dubai. It is hard to imagine that less than 200 years ago Dubai was littlemore that a small fishing village, today Dubai’s skyline’s is home to some of the worlds most spectacular buildings such as the world’s tallest building the Burj Khalifa 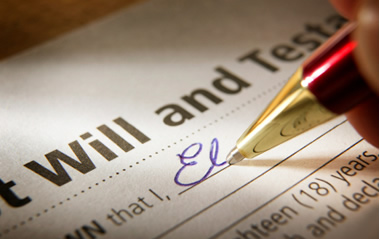 Make a will and be safe…

Making sure you have your wills prepared or you could die will-less and your affairs can be in limbo for years. Yet many either don’t want to think about making a will or are worried about the cost.

You must be aware it could leave behind big problems, possibly as severe as being unable to pay the bills as the bank’s locked off the money. 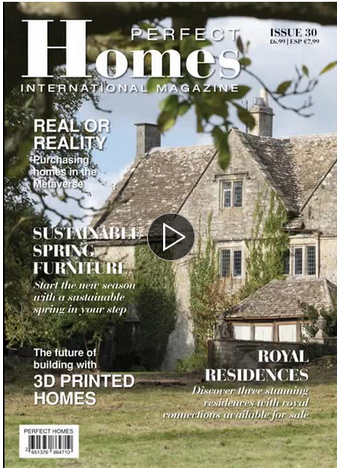 Perfect Homes Magazine is an inviting, informative and influential resource for those interested in real estate and property investments, a must read for those with a passion for property  ….

Designed for those who enjoy the finer things in life this publication is the ultimate source of information for those looking to purchase exceptional properties from around the world. 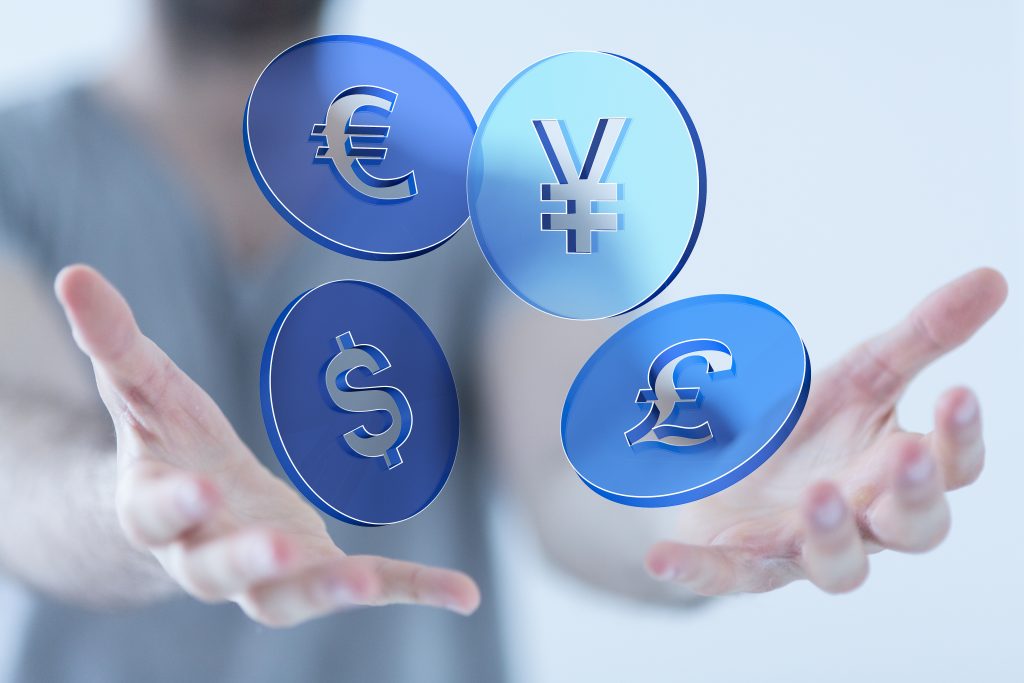 Inflation in The UK has again reached new highs, climbing to 10.1% in July mainly contributed by an increase in prices for food and fuel. Expectations for inflation hitting double figures have come much earlier than the initial time-frame of October, and is also the first time since February 1982 that inflation has been in double figures.

The three-month Euribor interbank borrowing rate rose above 0% for the first time since 2015 this month (July) as financial markets price an end to negative rates in the euro zone.

Euribor rates are crucial benchmarks as all sorts of euro zone financial products, from interest rates swaps, savings accounts to mortgages, are priced off of them. That means increases will reflect in a tightening of financial conditions 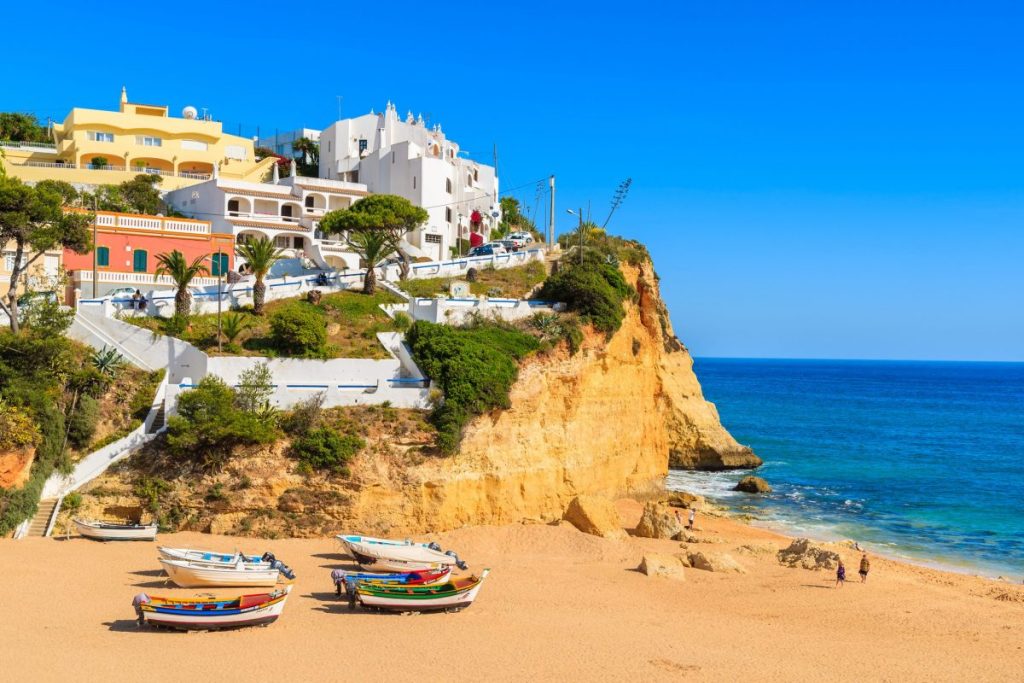 What you need to know about…
There’s no doubt that the Portugal is a fantastic place to make your home, but did you know living in Portugal can also offer financial advantages? If you are planning to move to Portugal, with early, careful financial planning you can make the most of tax-efficient opportunities and avoid potential mistakes.

Tax residence in Portugal…
You are usually considered Portuguese tax resident after 183 days in the country, but it can be earlier if you have a permanent Portuguese home – potentially even the day you arrive. 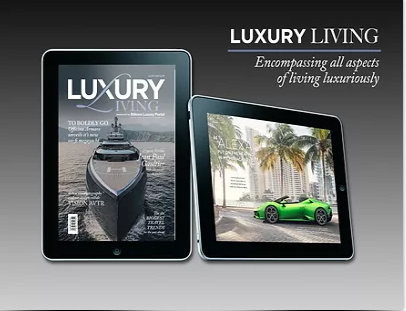 BILLIONS LUXURY MAGAZINE is a lifestyle focused magazine, featuring a combination of international content covering subjects such as international fashion and beauty trends, travel and culinary news, watches, jewellery, high-end cars, gadgets and toys and,real estate and leisure pages.
This magazine is targeted towards high net worth individuals and showcases products and services available from some of the worlds most prestigious luxury brands.

This website uses cookies to improve your experience while you navigate through the website. Out of these, the cookies that are categorized as necessary are stored on your browser as they are essential for the working of basic functionalities of the website. We also use third-party cookies that help us analyze and understand how you use this website. These cookies will be stored in your browser only with your consent. You also have the option to opt-out of these cookies. But opting out of some of these cookies may affect your browsing experience.
Necessary Always Enabled
Necessary cookies are absolutely essential for the website to function properly. These cookies ensure basic functionalities and security features of the website, anonymously.
Functional
Functional cookies help to perform certain functionalities like sharing the content of the website on social media platforms, collect feedbacks, and other third-party features.
Performance
Performance cookies are used to understand and analyze the key performance indexes of the website which helps in delivering a better user experience for the visitors.
Analytics
Analytical cookies are used to understand how visitors interact with the website. These cookies help provide information on metrics the number of visitors, bounce rate, traffic source, etc.
Advertisement
Advertisement cookies are used to provide visitors with relevant ads and marketing campaigns. These cookies track visitors across websites and collect information to provide customized ads.
Others
Other uncategorized cookies are those that are being analyzed and have not been classified into a category as yet.
SAVE & ACCEPT
Sign into your account
Create an account
Reset Password
Register here! Forgot password? Back to login Back to login